Henderson, the seat of Chester County, is located in the central southwest area of the state about 85 miles northeast of Memphis, 135 miles southwest of Nashville and 15 miles southeast of Jackson. The history of Henderson began in 1857 when the Mobile and Ohio Railroad was being constructed. At that time, the only cleared land in the area consisted of farms. In 1860, a few families from Henderson County moved into the area.

A depot was built by the railroad company, and the town’s businesses sprang up near the depot and railroad tracks. Mr. W.P. “Polk” Bray built the first business house in the fall of 1860 on what was called Front Row, now known as Front Street. At that time, the town was known as Dayton, a name it kept until after the Civil War. Building was slow until after the war. Only two or three businesses were here when the Civil War started, all of them located on Front Row. The war brought the building of the town to an abrupt halt. During the war the small town was occupied by Union troops protecting the depot.

Immediately after the war, building activities resumed, and the name of the community was changed from Dayton to Henderson’s Station, but finally shortened to Henderson.

This probabyl occurred because most of the people settling here were from the neighboring Henderson County. In 1870, there were about a half-dozen stores here, and in 1871, houses began to spring up in different places. In 1873, Dr. J.D. Smith Sr., who owned most of the land in the area, began to lay out streets and sell lots. A map made by a Philadelphia firm in 1877 showed the location of all the business houses and home owners in the rapidly growing town.

On West Main Street, across the railroad (which did not have a bridge over it) was a hotel and rooming house owned by a Mrs. Conyers that later became the Woodard Hotel. The First Baptist Church was on a lot where the City Cemetery is now. After the formation of Chester County in 1879, the location of the county seat was left to popular vote. Two towns, Henderson and Montezuma, were placed in nomination. In 1882, an overwhelming majority of the electorate chose Henderson. On March 11, 1901, Henderson was incorporated by an act of the Tennessee legislature. The population at that time was about 1,000. A city council was elected. J.B. Hardeman was elected the first mayor. H.C. Ashcraft was chosen city recorder, and M.J. Ozier was named city attorney. Soon after the incorporation, a sewage system was installed and sidewalks and water works were built, but it was still several years before the streets were paved. Telephone service arrived with the Cumberland Telephone Company in 1898, and electricity arrived around 1915. Henderson has had three county courthouses. The present one is listed on the National Register of Historic Places and was built circa 1914.

Henderson has made its name on the national stage more than once. Although neighboring McNairy County was home to the legendary Sheriff Buford Pusser, his biographical movie, “Walking Tall,” was filmed in Chester County. You can still find several locals who were used as extras in the film. When Tennessee was honored at the Smithsonian Institution Folklife Festival in 1986, Henderson residents Waynell Jones and Bill and Minnie Howard were the featured experts on blues music and open-pit barbecue cooking. Country music superstar Eddy Arnold called Henderson home, as does 2002 American Idol finalist George Trice.

A few must-sees for the resident and visitor include Bell’s Drive-In, winner of the Tennessee Electric Cooperative’s “Best Burger This Side of Heaven” award for six consecutive years; Chickasaw Golf Course, the Jack Nicklaus-designed golf course; Chickasaw State Park, just nine miles west of town and historic architecture. If you come in the fall, enjoy the annual Chester County Barbecue Festival held on the Courthouse lawn. Let it be said that Henderson is truly a great place to visit and a grand place to live! 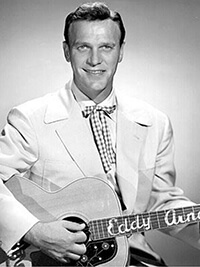 Country Music Hall of Fame member Richard Edward (Eddy) Arnold was born in Henderson on May 15, 1918. Arnold came from a large farming family, which later helped influence his stage name, the “Tennessee Plowboy.”

When Arnold sang at social events growing up, his earnings of $1 per night helped his family get by during hard times. As he got older, his passion for music only grew, so he moved to work for the radio in Memphis and St. Louis. It didn’t take long for him to get discovered in 1943 — by 1946, he had several Billboard hits on country and pop radio. By 2005, he had won countless awards including a Lifetime Achievement Award from the Recording Academy.

Sue Shelton White was born on May 25, 1887 in Henderson. She was an attorney, an equal rights advocate, suffragist and writer.

White joined the Woman Suffrage Movement in 1912 and served as the recording secretary for the Tennessee Equal Suffrage Association beginning in 1913. She worked in Franklin Roosevelt’s presidential campaign and served as principal counsel of the Social Security Administration. Today, you can find the Sue Shelton White Downtown Park on Main Street in Henderson. 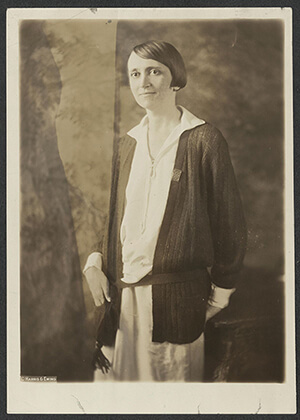 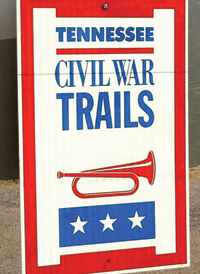 During the Civil War, Henderson was a stop on the Mobile and Ohio Railroad line. At first, the small village consisting of houses and stores was named Dayton, but later it was changed to Henderson Station. After Fort Donelson’s fall in February 1862, Governor Isham G. Harris ordered Confederate militia from Benton, Carroll, Decatur, Gibson, Hardeman, Hardin, Henry, Madison, McNairy and Weakley counties to “rendezvous at Henderson Station.”

Today, you can find Civil War trail markers on the Courthouse lawn and on Historic Front Street. 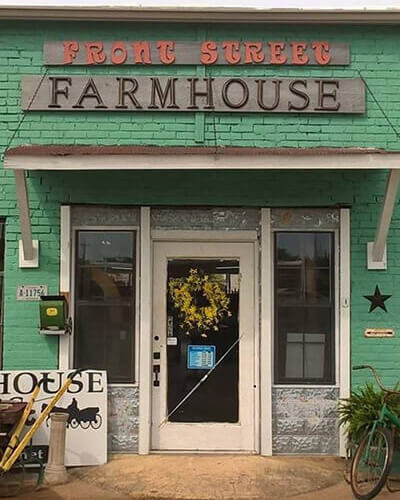 During the War, there was a major Confederate States of America recruitment center located along what is now Front Street, and the 51st and 52nd Tennessee Infantry were raised here. The Railroad Depot and the area around it was occupied by Union forces after the infantry’s departure. 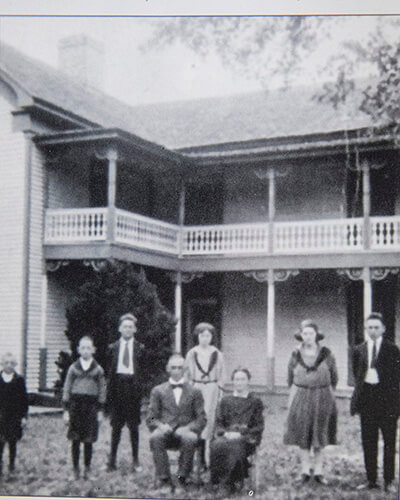 In 1973, the legacy of McNairy County Sheriff Buford Pusser was preserved in film when “Walking Tall” was filmed in Henderson and Chester County.

Many Henderson residents served as extras or played bit parts in the film that launched several sequels.

located inside the Henderson | Chester County Chamber of Commerce